Wildlife is abundant on Deadwood Ranch. All year round, over 100 elk call Deadwood Ranch their home, but elk and deer are not the only wildlife to be found.

Rocky Mountain Elk typically migrate to lower altitudes in the winter. However, elk are oftentimes seen in the evening bedding down in the pastures of the ranch throughout the year. Elk are most active at dusk and dawn. These are the best times to observe them. In the winter, elk enjoy southerly and western facing slopes, taking advantage of the solar generated warmth from the ground. These are the slopes directly located behind of the Homestead Cabin, which extend all the way to the right and left for the entire length of the property (about 1 mile). Also, the western facing slopes of the small mountains across the pastures (west) are another location on the ranch the elk tend to favor. The area is kind of difficult to get to and I have never been able to find the time to explore it. I’ve been informed that it is one of the elk’s favorite spots due to its inaccessibility. There are a lot of antlers that can be found there, especially in the early spring when they begin to drop off of the bulls.

Elk can reach speeds up to 35 MPH. Their rutting season occurs from August through November.  During this time, the bulls (males) create a herd of cows (females). In the fall, rutting bulls bugle or whistle as a challenge to other bulls.  The whistle can carry for great distances.  Rocky Mountain Elk are the most polygamous members of the deer family in America.  A bull can collect a harem of up to 60 cows.  Cows will leave the herd for about a week to bear their calves. They can birth one or two calves, which weigh up to 40 pounds each. Calves are able to walk almost immediately after being born. The Elks young are typically born in late May through early June. To protect themselves from predators, calves are born spotted and scentless as a form of camouflage.  The babies spend their first few weeks hiding motionless while nursing from their mothers.  Mountain lions and bears prey on the calves as they are found to be easy targets.

An elk will mark territory by stripping the bark from saplings and rubbing the tree with its chin.  In late summer, as antler growth ceases, they finish mineralizing and the blood supply to the velvet begins to deteriorate. This causes the velvet covering of the antlers to dry up and shed. As it dies, bulls begin to vigorously rub their antlers on shrubs and trees, to help rid them of the velvet. This rubbing behavior may also be the first ritualized use of the bull’s newly hardened antlers—it is quite noisy and attracts the attention of other elk.

This has been theorized that “horning” the shrubs frequently causes branches to break off and intertwine with the bull’s antlers, effectively making them look larger, a threat to rivals, and more attractive to potential mates. The rubbing also covers the bone-white antler with plant compounds, which subsequently oxidize and stain the antlers to their characteristic dark brown color.”.

An elk’s top two canine teeth are called ivories. Scientists believe ivories are remnants of saber-like tusks that ancestral species of elk previously used in combat. Most hunters save ivories as a memento of the hunt. Please leave your rifles and bows and arrows at home as we do not permit hunting of any type on the ranch.

Regardless of the cause of this behavior, the results cannot be hidden: small saplings and shrubs are left looking like someone grabbed a hedge trimmer and went on an angry rampage. In areas where elk are abundant, mangled vegetation are obvious signs of the presence of bulls and their preparations for breeding.

Here are some older scars from an elk rubbing their antlers on an Aspen tree.

Finding the simple treasures of shed, deer or elk antlers can brighten up a casual winter hike in the woods

Although antler hunting season gets under way in late winter/early spring, most bucks (male deer) and some bulls (male elk) have shed them by then.

Other wildlife on the ranch to be found are birds, but also includes a very active beaver population. The beavers are located where the water flows the most, which on Deadwood Ranch is in West Sopris Creek.  If you walk to the Creek at the point where the bridge crosses it, you will find a beaver pond complex.  Another active beaver location is at the end of Dry Creek, about 150 feet before the old ranch road intersects with West Sopris Creek Road, and empties into West Sopris Creek.”

A Complete List of Mammals That Call Deadwood Ranch “Home”

A complete list of birds that call Deadwood Ranch “Home” 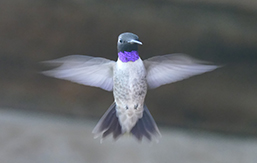